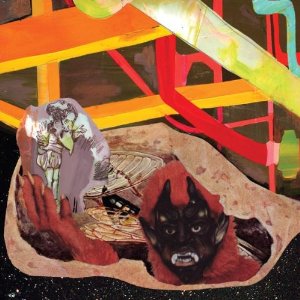 It’s been a few years since Wolf Parade’s first full-length debut, Apologies to the Queen Mary, put the British Columbia natives on the top of independent music’s must listen to list. For a band who’s formation was a result of an offer to support the Arcade Fire on their 2004 tour, they have managed to do very well for themselves, gaining notoriety and high mentions from Harp, Rolling Stone, and Filter magazines. Fortunately neither the pressure of hype, nor the dreaded sophomore slump seems to plague these Canadian natives on their newest release.

At Mount Zoomer still lingers with the essence of Isaac Brock (Modest Mouse), the producer of several tracks off their debut. However, this album shows positive growth and a much bigger sound than their previous. While sticking to the simply elegant dance rock that got them noticed in the first place, Zoomer brings in an element of vulnerability for the band. The level of complexity introduced on this album breaks away from the usual dance beats at timing, offering more emotional tracks such as “An Animal in Your Care” , “Fine Young Cannibals”, and the personal favorite “Language City.” The third track begins describing “Language city” as a dark, violent place. The song goes on to talk about a world that is not unlike our own, and has me wondering, is the song social commentary on the world today, or are we being shown a more emotional side of this persons life as they confess to their paranoid self consciousness, and extreme discomfort in the world around them? The music plays wonderfully to this story adding a hint of keyboards for a light-hearted finish.

The opener, “Soldiers Grin” is a familiar song for those who have been listening for some time now, yet is a little deceptive as for how the rest of the record will play out. “Call it a Ritual”, the second track, is a bluesy and soulful ballad that sets the pace for the rest of the record hinting at subtle twists and turns whenever possible. The entire record carries a darker feel in its lyrics with backing music that offers a glimpse of hope amongst the despair. “Bang Your Drum” is another example of this, and takes a page from Interpol for the first half, leading smoothly back into what could have easily been written by Brock for his own record.

While only nine tracks, the record feels very complete and thorough. There are no fillers on Zoomer; each song offers something different from the last, taking the listener on a fulfilling audio experience. The band seems to be finding themselves on this new record, and the closer, “ Kissing the Beehive”, runs six seconds shy of eleven minutes, giving them plenty of room to show what they have grown in to during the course of the new record, leaving the listener in anticipation for a third.