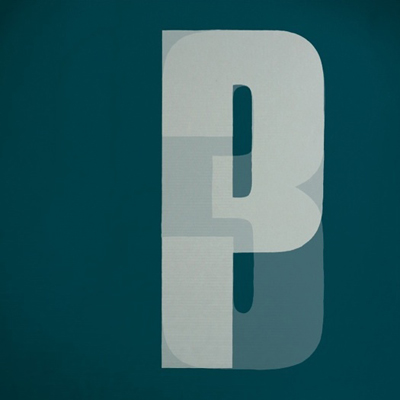 For a band that’s been around for 17 years, they sure don’t have much to show for it. But then again, what’s the saying? It’s not the quantity, it’s the quality? Certainly, the English trip-hop group, Portishead, is about the latter. 1994’s Dummy continues to plague countless movie soundtracks, while their 1997 self titled release is still considered a fine sophomoric effort by any respected critic. Ten years and some change later, they’re jumping the hurdle again, this time with the aptly titled, Third.

The trip-hop trio have a fascinating way of re-educating their sound. From being sexy and smooth with their debut, utilizing lounge-like rhythm structures and smoky vocals, to swinging open the drab closet door with their second offering, which resulted in a chilling, intimately frightening record (one of the track’s, “Humming”, would go on to help score Tim Burton’s 1996 sci-fi horror comedy, Mars Attacks), the sound of the third album would be anyone’s guess. On first listen, however, Third plays in a dreary, sleepy fashion, grinding out apocalyptic hymns that seem moreover battle cries than poetic paintings. To use a weak source of imagery, this is a record Thom Yorke might fall asleep to at night… with a twisted, gaping snarl.

“Threads” runs on reverb and insomniac drumming, which is a sleek platform for vocalist Beth Gibbons to work off of, closing the album in a cinematic catastrophe. Adrian Utley’s guitar is rather ominous here, foreboding in a sense that something is bound to happen and the listener has no choice but to follow through. Though much of this macabre imagery is to be blamed on instrumentalist Geoff Barrow, who sends us off with alarming nasally warnings that ricochet on the speakers, very similar to the warning signals the alien terrain ships used in 2005’s film adaptation of The War of the Worlds. You’re probably asking right now, “Why start with the closer?” Because as with any Portishead album, it’s the one track that will follow you around, afterwards.

The remaining 10 tracks, another consistency with the band’s other two records (they all contain a magnificent eleven), bleed to this engulfing conclusion in a fine tuned manner. Each of the songs possess a conflicting nature, whether its the rioting mechanics of “Machine Gun”, the digital gamma ray of the marching “We Carry On”, or the demonic organ of “Small”. There’s something to be said of their voluminous dread, reflective of a world that’s gone to hell since the 1990’s, where Portishead last left off.

One regret is that there are no memorable, addictive, emotional swells that tamper the band’s previous works. Where’s the “Roads” of Third? The closest thing to resemble the rich, scantily clad flavor that exploited Gibbon’s gorgeous words is the soft spoken, psychedelics of “Plastic”, where she states right off the bat, “I wonder why/I don’t know what you seek” over instrumentation that seems stripped from Apocalypse Now. “Nylon Smile” wails with lyrics like “I don’t know what I’d do without you”, continuing on this theme of despair, isolation, etc.

It’s all very moving, but apparent that the band is flirting with modern instrumentation, still. After all, since the last Portishead release, music has seen the progression of OK Computer to Kid A, the advancement of noise rock with acts like Animal Collective, and the countless industrial musings of Trent Reznor. Nevertheless, the trio have excavated enough of their former self to carry on, though still yawning from a deep sleep and stretching after an apparently, much needed hiatus. Third works in every way most third albums never can attempt, by retaining the old, embracing the new, and remarking on the present.

There’s still some dust here, but it tastes sweet.