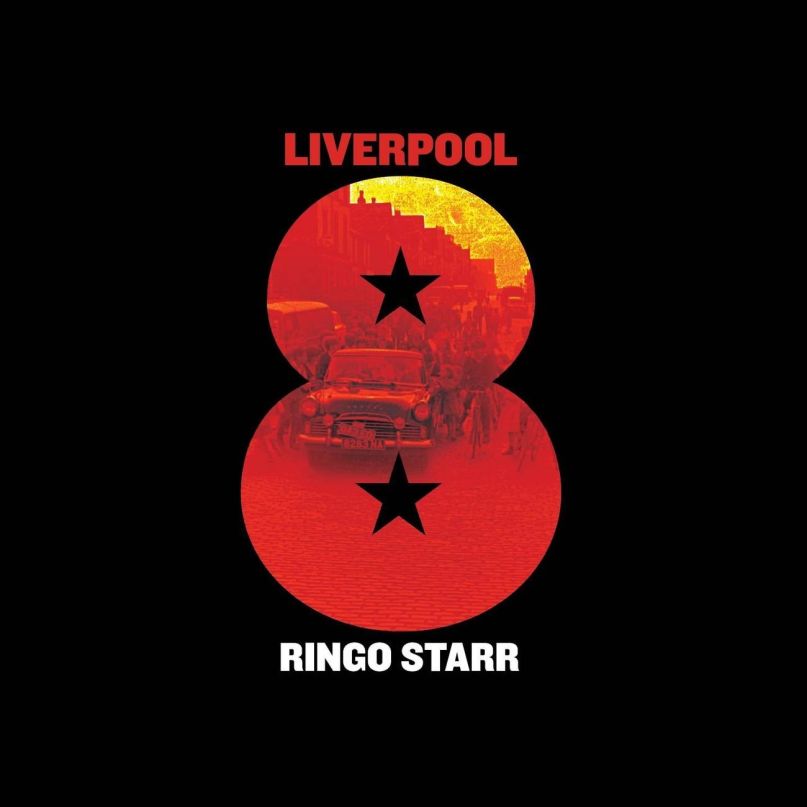 In 1983, Huey Lewis & The News released their third album, Sports, which would go on to become the second best-selling album of that year, trailing only Michael Jackson’s ever-legendary, Thriller. Remember that iconic album cover? Huey has his jacket thrown over his shoulder and the rest of the band is huddled around the bar in front of the pool table. Imagine being in that setting, that frozen moment in time where the bar comes to life. This canvas is what the former Beatle paints his newest album on. Liverpool 8, Ringo Starr’s fourteenth studio album, flows out of the speakers like a nice, crisp beer on tap that has been perfected for the ages (think of an ol’ Guinness left in barrels for years).

On the opening track, appropriately titled “Liverpool 8,” Starr and his lovely lads lay a somber and dreamy mood down, complete with a “Yesterday”-style string quartet and floating acoustic guitars. “Liverpool 8” pans out not merely as much as a song, but more of a musical biography of the man and his career with The Beatles. The history begins with his brief flirt with Rory Storm & The Hurricanes to when The Beatles played Shea Stadium and were #1 at that moment in time. For Starr’s first studio album since 2005’s Choose Love, it’s a truly raw and valiant effort.

The following tracks, “Think About You,” “For Love”, “Now That She’s Gone Away,” and “If It’s Love That You Want” sound like pages ripped out of Bar-Rock 101, but it’s Ringo Starr, and the melodies and songs are awesome. The verses are stripped bloody and bare, whereas the choruses have that Beatles sunshine flowing through. Think this upcoming Super Bowl: Patriots vs. Giants. Think peanuts, bottles of Miller Lite, and mountains of cigarettes. Yes. Starr delivers
the goods…and then some.

There’s a line that comes to mind…

In Tim Burton’s eccentric Beetlejuice, both Alec Baldwin’s and Jeffrey Jones’ characters stumble upon The Handbook Of The Recently Deceased and both proclaim that it, “reads like stereo instructions.” Starr’s Liverpool 8 reads like bar rock instructions.

Gimme a drink, already. This ones on you, Starr.